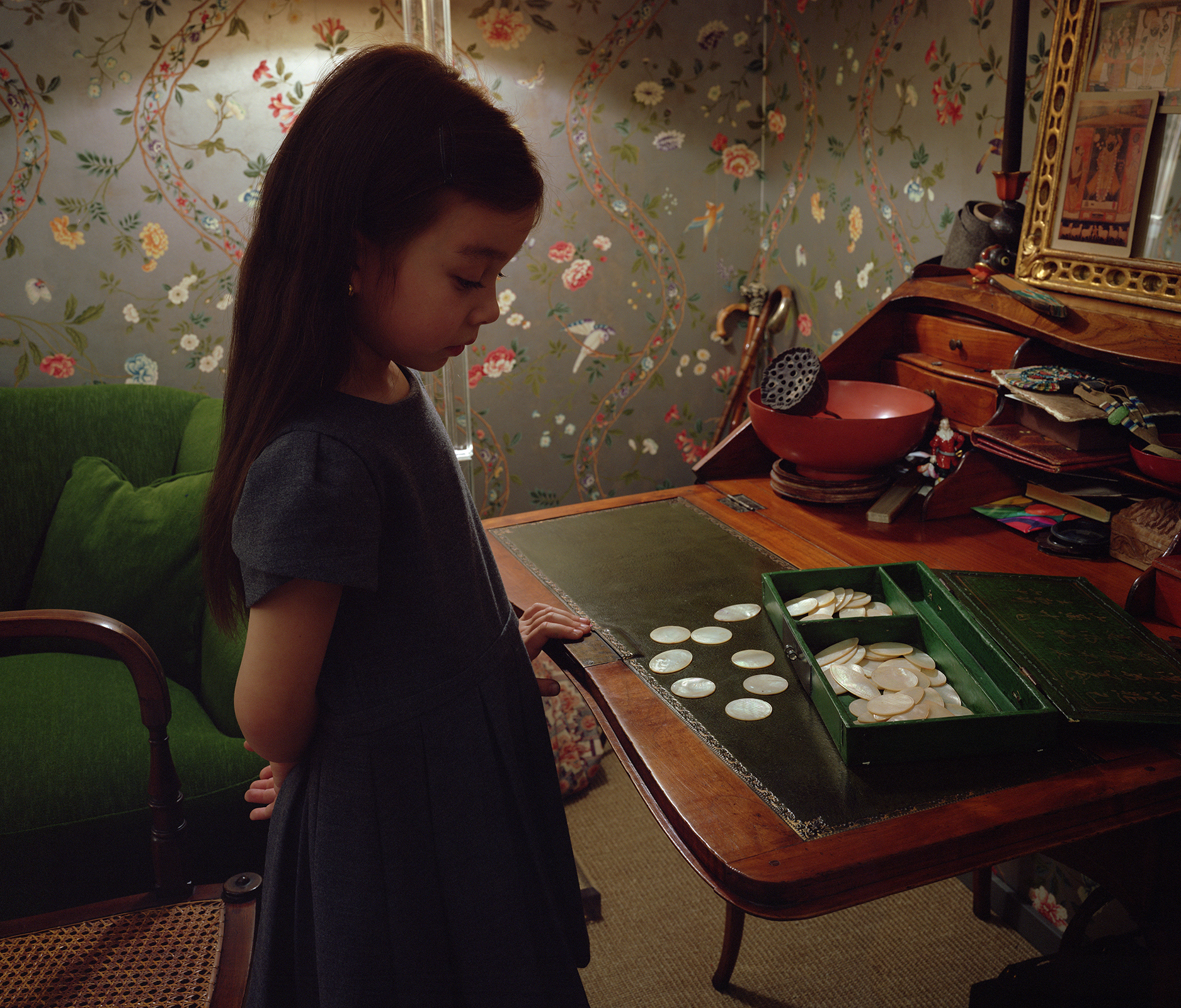 From his pioneering use in the 1970s of backlit color transparencies—a medium then synonymous with advertising—to his intricately constructed scenes of enigmatic incidents from daily life, literature, and film, Jeff Wall has expanded the definition of the photograph, both as object and illusion. This month, Gagosian Gallery in New York presents the first of his exhibition with the gallery, with a majority of previously unseen works.

The triptych “I giardini/The Gardens” (2017) was photographed in the gardens of the Villa Silvio Pellico in Moncalieri, outside of Turin, Italy. Though Wall has made several works that combine two or more images, this is the first in which the order, read from left to right, represents a passage of time. It therefore has a narrative aspect absent from any previous picture group. The three images—individually titled Appunto/Complaint, Disappunto/Denial, and Diffida/Expulsion order—trace the relations between either two or four characters through three depicted moments. A doubling effect occurs again in Pair of interiors (2018), a diptych showing either one or two couples in a lamplit living room, and in Summer Afternoons (2013), which shows what appears to be another equally introverted, younger couple in a sunny apartment. Each person appears in his or her own picture, creating uncertainty about whether the diptych depicts one or more “summer afternoons.”

Landscapes are the subject of three more works. “Hillside, Sicily, November 2007” (2007), one of two black-and-white images in the exhibition, shows the dry, rocky landscape of the eastern part of the Italian island; and an olive orchard has risen out of the dry desert in Daybreak (on an olive farm/Negev Desert/Israel) (2011), where we see Bedouin harvest workers about to awake and begin their workday. The only human structure on the Sicilian hillside is the remnant of a small stone shelter; on the horizon behind the olive orchard stands one of the largest prisons in Israel. With its flat, vibrant colors resembling a painting more than a photograph, “Recovery” (2017–18) is set in a seaside park on another summer afternoon. One figure separates himself from the fantasy: a young man sitting on the grass, looking out of the composition, up and away. Is the image a blissful momentary vision occasioned by his recovery from some temporary misfortune? Recovery recalls Wall’s previous experiments with hallucinatory moments in works such as “Dead Troops Talk” (1992) or “The Flooded Grave” (2000).

“Parent child” (2018) also shows a blissful moment on a summer day—at least for the dreamy little girl who has decided to recline on the sidewalk; less so for the adult responsible for her. Another child appears in “Mother of pearl” (2016), this time in a room filled with antique furniture and keepsakes. Fascinated by a set of iridescent old game counters—made of mother of pearl—she is transported by her imagination as perhaps only children can be.

“Weightlifter” (2015), Wall’s most recent black-and-white picture, is an example of what the artist calls his “near documentary” direction. The lifting of heavy objects recalls the most archaic forms of labor and the permanent subjection of life to the force of gravity. The sport of weightlifting enacts that archaism, detached from any practical purpose and absorbed in private ambition. 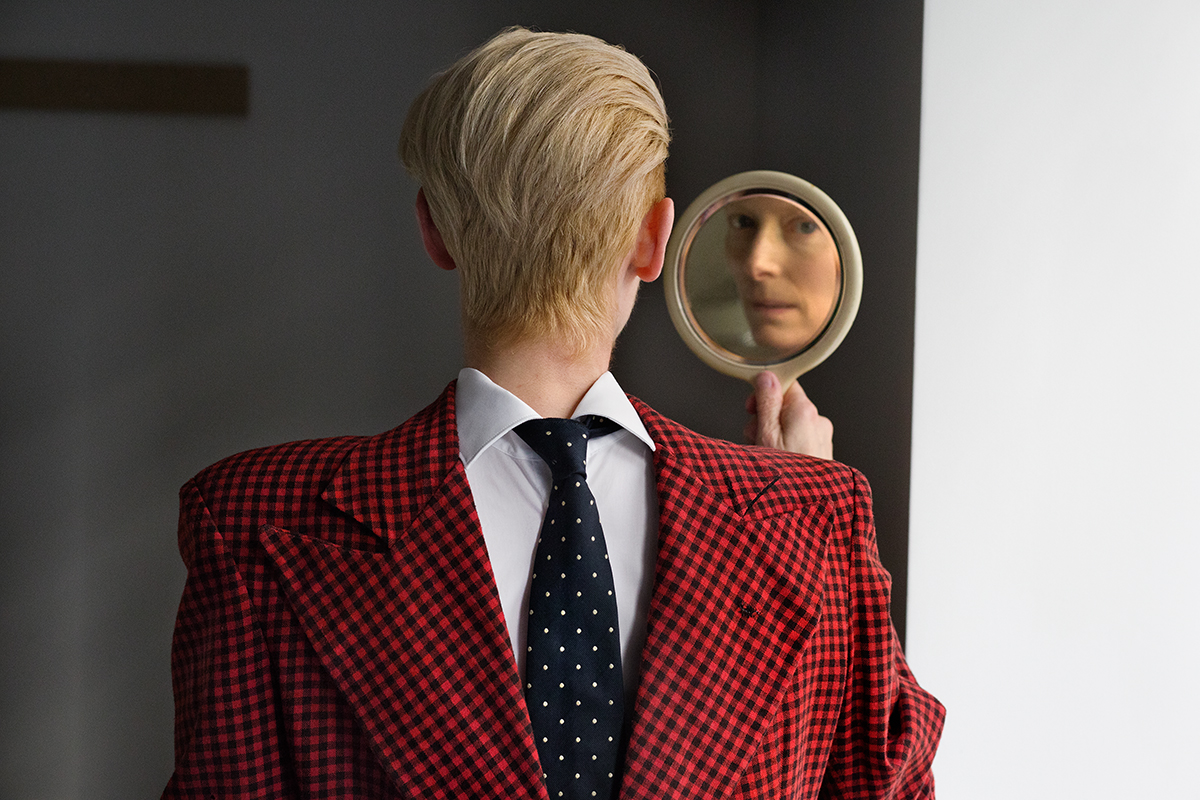 Duane Michals, a Mischievous Eye
Coinciding with the Morgan Library & Museum’s expansive retrospective “The Illusions of the Photographer: Duane Michals at the Morgan” (through February 2, 2020), “Duane Michals: Mischievous Eye” highlights the artist’s wide-ranging curiosity and irreverent spirit with several groupings of recent works as well as selected vintage prints. In this exhibition at DC Moore gallery, Michals’ painted photographs, sequences, and self-portraits share center stage, showcasing his interest in the comical, metaphysical and surreal. 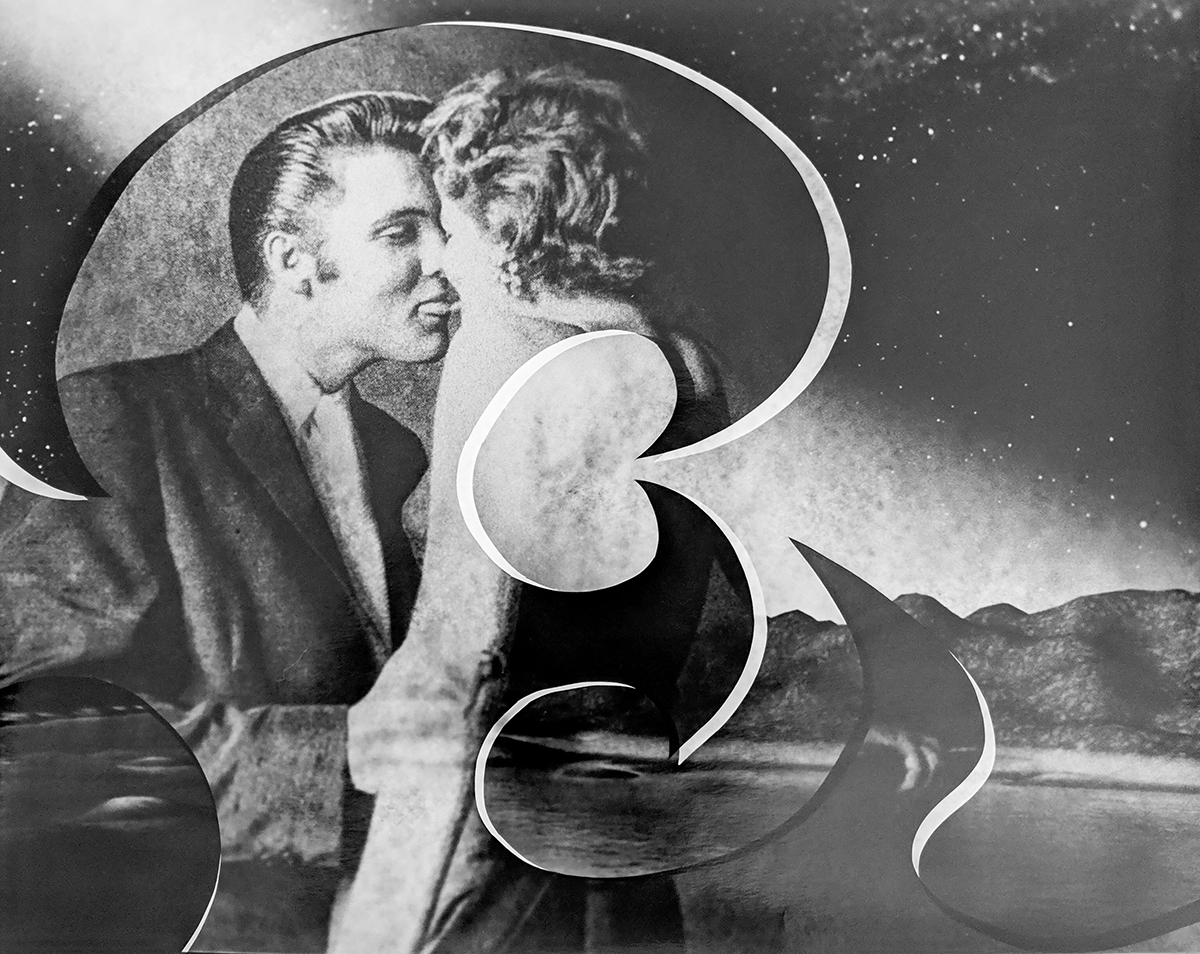 Finding Light in the Shadow, with Alexzandra R. Chandler
Fine Art and the act of creation has always been top priority for Alexzandra R. Chandler, her metaphysical IV to life as she deems it. According to Chandler, for whom the dark room became a true calling, creating has not only acted as the purest form of love in her life, but has also managed to sustain her head above water during her more perilous chapters in life.